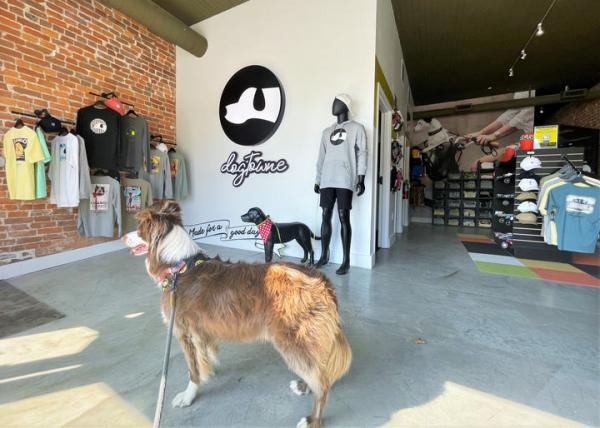 LAFAYETTE, Ind. – For all the cowboys residing in Indiana, there’s a store for you.

In February, Juan Malagon and his wife, Patricia Hernandez, decided to open a second location of their Mexican clothing store, Vaquero y Más (“Cowboy and More”), in Lafayette. They opened their first location in Indianapolis in 2019.

You could say it’s a safe haven for all the cowboys living in Indiana.

The walls of Vaquero y Más, 404 N. Earl Ave, Suite A in Lafayette, are lined with an array of boots, cowboy hats and a variety of other items, like football shirts and dress shirts.

Almost all items in the store were authentically made and imported from Mexico.

The boots and belts are made of genuine leather, which gives the store that familiar aroma of leather.

And if someone really needed it, Vaquero y Más stocks lasso rope.

Beyond the objects on the walls, Vaquero y Más has become more than a store for Malagon and Hernandez. For them, this gave them the opportunity to become a central hub for members of the Mexican communities surrounding Indianapolis.

For those who may not be aware, cowboy attire is almost identical to ranchero attire, which is a fashion style seen in Mexican culture.

Vaquero y Más offered the community access to a part of their culture that was not readily available in Indiana as it would be in other states like California or Texas.

This unique aspect of their store drew crowds from all over Indiana, many of whom resided in Lafayette.

And while Malagon and Hernandez were pleased with the success they’ve had over the past three years, they knew there was greater demand for these products throughout Indiana.

This led the couple to consider how many customers reside in Lafayette and how they could possibly expand a second location in the area.

At the end of 2021, they decided to take this leap of faith, in the hopes that if this expansion were to achieve similar success to their Indianapolis storefront, it could be the start of a chain of Vaquero y Más stores across the state.

But to really understand what makes Vaquero y Más special, you have to know the history that cultivated Vaquero y Más.

The history of Vaquero y Mas

Before opening its first Vaquero y Más location, Malagon had no ambitions to become a business owner. Really, he was happy with the life he had built.

For nearly 20 years, Malagon had worked in a factory in Lebanon, Indiana, and although it was common for him to come home exhausted after a long day, he never complained.

His time at the factory gave him the opportunity to buy a house in Lebanon and build a solid foundation for his children to thrive.

Because Malagon believed that anyone could achieve their dreams if they worked hard enough.

“I worked hard. I worked hard for my family. I wanted my children to have a good life,” Malagon said.

Malagon thought this was how his life would go on until he retired.

That was until he had a discussion with his wife that would alter the trajectory of their lives.

“There was a day when I was talking to my wife. I ask her if there is anything she wants to try. Like studies or business. She says she would like to open this business. So I say, “Okay! Let’s try,” Malagon said.

After this discussion, Malagon and Hernandez decided to open a small storefront in an Indianapolis mall.

Since neither of them had owned a business, the couple decided to start off rather slowly.

The store was small enough to be operated by one person. Hernandez ran the store during the week, and Malagon worked weekends or days when he was not at the factory.

During the first months of opening, trade was relatively slow and attracted few customers.

But that didn’t deter the couple, as Malagon and Hernandez lived by a certain motto: “Patience is the key to success.”

These first months, the company was constantly in the red. They were writing checks for rent and inventory, but the business was not making any money.

Malagon credits word of mouth within the community.

By the end of their first year, Vaquero y Más had become so busy that their compact storefront was too small to keep up with demand.

Malagon was then faced with a dilemma. He could continue to work in both jobs, or he could leave the job he had at the factory and devote all his time to Vaquero y Más. This would allow him to enlarge the size of the store and reduce the burden on his wife’s shoulders.

Although Malagon loved his job at the factory, he decided to take a first leap of faith and quit his job in order to focus on his family’s thriving business.

Over the next three years, Vaquero y Más continued to grow in popularity within the Mexican community. It became such a staple for the community that the pair expanded the items they offered. Besides ranchero clothing, the pair started wearing football-related items like jerseys, cleats, shin guards and soccer balls. If there was something the community needed, Vaquero y Más would find a way to get it to them.

With the success of their store in Indianapolis, Malagon and Hernandez began to consider whether they should expand outside of town. This idea never really left the thinking stage – until a client asked why he hadn’t done it.

“The decision to open. It wasn’t now, I don’t know, I had been thinking about it for a few years. I thought, because I had a store in Indianapolis, and I had too many Lafayette customers. So these customers were going to Indianapolis to buy something. And that’s really far,” Malagon said.

“One day, a customer said to me, ‘Hey, why don’t you put one on Lafayette because I drive too much?’ And I say, ‘Lafayette has nothing?’ I tell the guy, ‘It’s very easy to say why you’re not opening a store, but it’s not easy to do.’ ”

Unbeknownst to Malagon, this joint discussion would plant a seed in his mind that would eventually blossom into the decision to open a store in Lafayette.

Malagon and Hernandez care about the community their store has created. They understood that the journey between the two cities was a major inconvenience for many of their customers.

As the couple lived in Lebanon, they thought opening a store in Lafayette might be worth a shot.

The drive from Lebanon to Indianapolis and Lafayette was about the same travel time.

The duo decided to spread the workload as evenly as possible.

On February 19, 2022, Malagon and Hernandez opened the doors to their new location in Lafayette and, to their surprise, the opening day was very slow.

Only a few customers came to discover their new location.

Over the past month, this trend has continued. There are days when they wouldn’t have a single customer.

As before, the slow pace of business hasn’t deterred the pair, as they’ve been through it.

Noe Padilla is a journalist at Journal & Courier. Email him at Npadilla@jconline.com and follow him on Twitter at 1NoePadilla.

Previous What do their website visitation trends indicate?
Next Yoga Apparel Market to See Massive Growth by 2028: Adidas, Manduka, Nike